The fact that we see the world in 3D is nothing but an illusion created by the brain. The claim might seem provocative, but it's true. Our eyes have 2-dimensional retinas. So how can you get three dimensions out of two? Well, you can't. You might argue that the two images can be merged together to form a 3D image, I mean we have all seen that in with the wave of VR glasses coming to the market. Two small displays indeed create a 3D image. But what happens if you close one of your eyes? Will you suddenly stop seeing in 3D and revert to 2D? Not really, so the two eyes aren't the only reason why we have a 3D vision.

Indeed the fact that we have two eyes plays a role in the 3D vision. The brain can predict the distance of an object based on how the light reflected from it lands on both of the retinas. But this only works for a short distance. You can try this out at home, try estimating the distance of a nearby object by reaching as close to it as possible without touching it first with one eye closed, and then with both eyes wide open. The chances are your estimation is more accurate with the two eyes open.

If your eyes can only produce a somewhat 3D like image on a close distance, how can we explain that even things that are far away seem to be in 3D? There's a list of cues the brain uses to determine where objects are located. 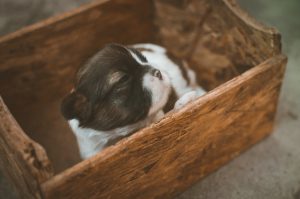 Overlapping objects make it easy to know which one is in front and which one is behind. The one in front is usually fully visible, while the one behind is only partially visible. 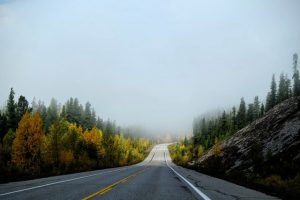 Close objects seem to be bigger in size 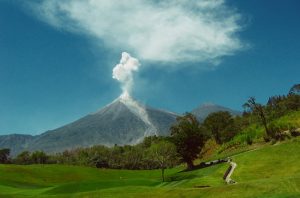 Looking through a car window, objects that are far away seem to move in a slower speed in relation to the ones closer to you. The volcano in the picture would seem almost stationary while the trees would move fast.

Distant objects have paler colors because of the air mass between the eyes and the object. 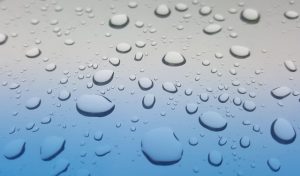 Our brains are tuned to a certain kind of direction of shadows cast by the sun. Just by flipping the shadows, a hill will start to look like a pit.

So the 3D vision is nothing but an illusion. Still without it, it would be next to impossible for us to navigate in the world around us. I hope you enjoyed reading this post. 😊

Why don't we always see what's in front of our eyes?
Meaning and the brain. What are concepts?
Social development - born to be social
Share this post

StumbleUpon
Previous Post: Logitech MX Master – the mouse you need
Next Post: Concepts in the brain, language and real world